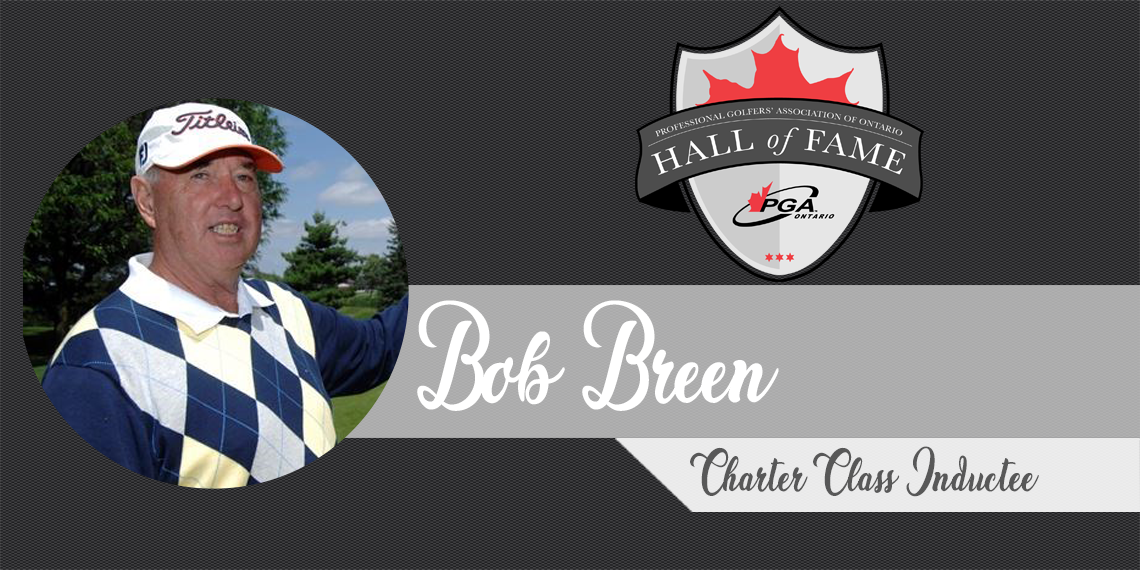 Robert Breen was born in Guelph, Ont. in 1939, before moving to Brampton. Breen quickly excelled at golf capturing the Ontario PGA Hunt Trophy as a junior, a feat he would go on to do again three times as a senior. He turned pro in 1960 and went on to have tremendous success. He captured 15 victories on the Ontario PGA Tour and another three on the Canadian Tour. Breen also participated in the Canadian Open on 10 occasions, played on the American Tour, where he won the Bahamas International, the Florida tour, where he was a four-time winner, the South American Tour and events on the PGA Tour.

Success followed Breen when he began competing on senior tours. He captured 17 Ontario Senior PGA Tour wins and won the Canadian Super Senior Championship three times (2001, 2005 and 2007). In 2010, he was the Canadian Diamond Division Canadian Champion. Breen also had the opportunity to play in a pair of USGA Senior U.S. Opens.

In addition to his individual success, Breen also represented Ontario, 23 times in the Ontario/Quebec Titleist Cup Matches. He was also a 10-time member of the Bobby Orr Nabisco Team. Breen’s contributions to the game of golf go beyond his playing career. He began working in the industry in 1961 as an Assistant Professional at Kleinburg GC and Pine Valley GC (now The National). He moved on to become the Head Professional at Malton GC (now Castlemore) a position he would also hold at Glen Abbey GC, Erin Heights GC and Derrydale GC. Breen passed away in August of 2014. At the time, he was serving as ambassador and teaching Professional at Brampton GC and Mississaugua GC.

Served as the Head Professional: