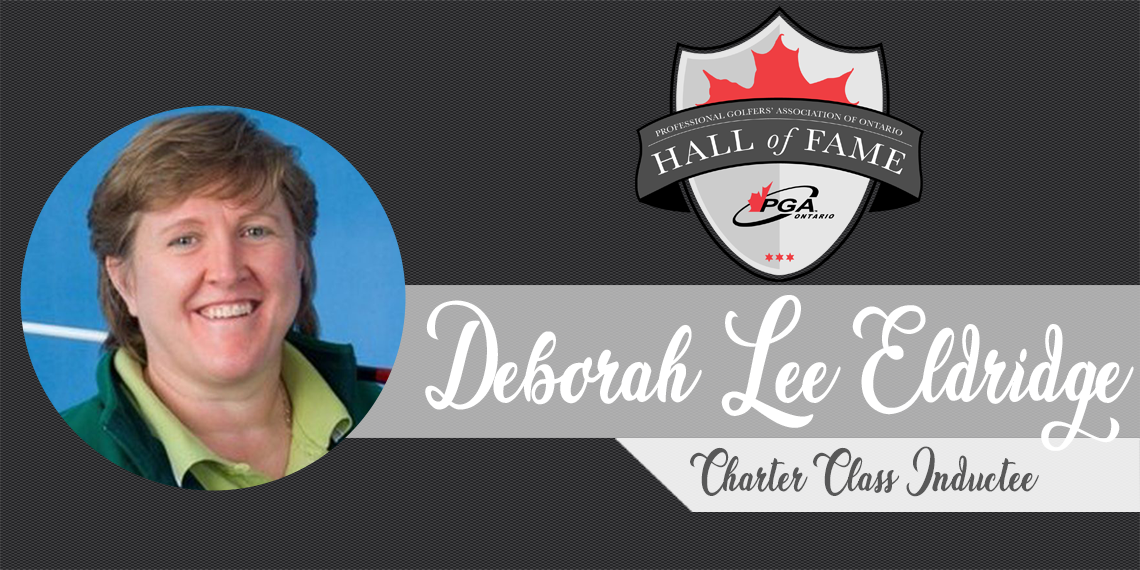 Dundas resident Deborah Lee Eldridge, 53, enters the Ontario Golf Hall of Fame in the Amateur Golfer category. At a young age she learned the game from her father; both were members of the Hamilton Golf and Country Club. It was evident early in her life that Eldridge found a true passion for the game. She always was a hard worker and serious student, eager to understand her craft and develop her skill level to reach the global stage.

In 1989, Eldridge ranked as the number one golfer in both Ontario and Canada. That same year she won the Score Award for the top Female Amateur in Canada. In addition to Deborah’s outstanding Ontario and Canadian golf accomplishments, she represented
Canada in numerous international events. In 1989 and 1990, she was selected to the Canadian International Team to compete in both France and Great Britain. Eldridge excelled by winning the 1989 Ladies’ Open Amateur Championship in France.

Deborah had a marvelous college career at Indiana University, winning four tournaments and being selected as Honorable Mention All-American for two years. While competing at the NCAA Division 1 school she was named the Big 10 Player of the Year, and was selected for the All-Big 10 Team in 1989 and 1990.

After graduating from university Deborah turned professional where she continued to compete, coach and grow the game of golf. As a touring professional, she had a wonderful career where she won 12 professional titles throughout Canada and the USA. She earned her LPGA Tour status in 1996 and competed as a full-time member.

Eldridge has had an extensive career as a golf coach and mentor as well, coaching Mohawk College Men’s and Women’s Golf Teams from 2011-2019 and helping them win multiple OCAA medals. She has also taught at several courses and golf centers over the years as a PGA of Canada Class A Teaching Professional.

Deborah has carried herself with grace and integrity while being a keen competitor and great ambassador for both Ontario and Canada during her golfing career.