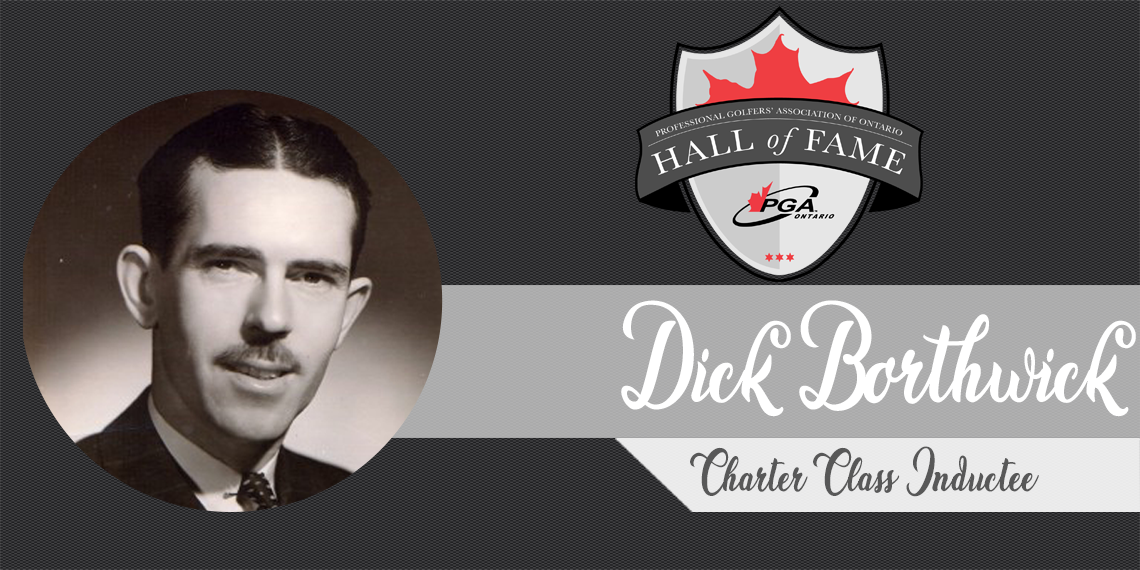 Richard Graden Borthwick was a member of the CPGA for fifty one years, Borthwick began his Head Professional career with St. Andrews GC in 1933, and held positions at Cedarbrook GC and Oakdale GC. Borthwick would go on to take the position of Head Professional at The Hamilton G&CC in 1946 where he served for twenty-eight years. Borthwick captured the 1936 Ontario Open Championship and the 1949 CPGA Championship. Voted in 1938 as the number one CPGA player in Canada by the RCGA, Borthwick was also granted a Life Time Member of the PGA of Canada.

Served as the Head Golf Professional at: