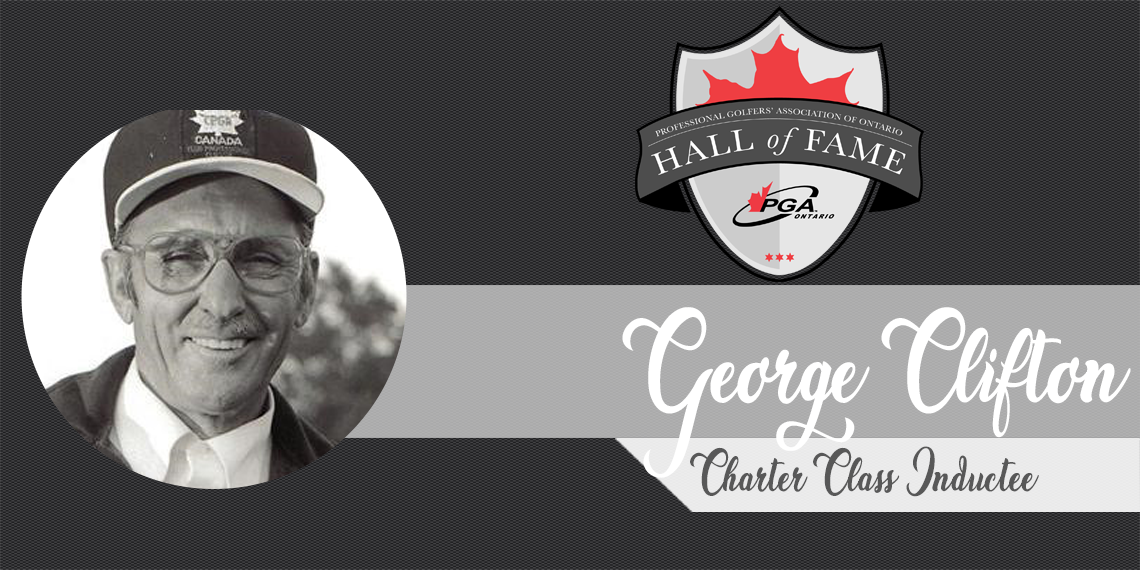 Born in 1917 in England, George Clifton moved to Canada and began his career in golf at Toronto Golf Club 1927, working as a caddy. He became a golf professional in 1930, and landed his first Head Professional position in at Niagara-on-the-Lake Golf Club after serving in WWII. Over his career, Clifton served as Head Pro at Maple Downs, Meadowbrook, and Pine Valley, and as a Teaching Pro at Bayview Golf and Country Club, Nottawasaga and Barrie Country Club.

Clifton's greatest achievement in golf was his ability to teach and inspire his students to improve their game, attracting students from across Canada and internationally. Notably, he pioneered in the use of sequencing photography as a teaching aid, originally using army reconnaissance cameras. Seven of his pupils received scholarships to American schools and two of his female students played on the LPGA Tour.

Throughout his career, Clifton served as Tournament Director for the CPGA and Ontario PGA, and served as Ontario PGA President from 1956 to 1958. He was also honoured with a number of distinctions including the CPGA Honourary Master Professional Award (1974), CPGA Life Member Award (1977),  1991 CPGA Teacher of the Year (co-winner), 1992 Ontario and CPGA Professional of theYear Award, and 1998 CPGA 50 Year Member Award. Clifton passed away in 2000.

Served as the Head Professional: