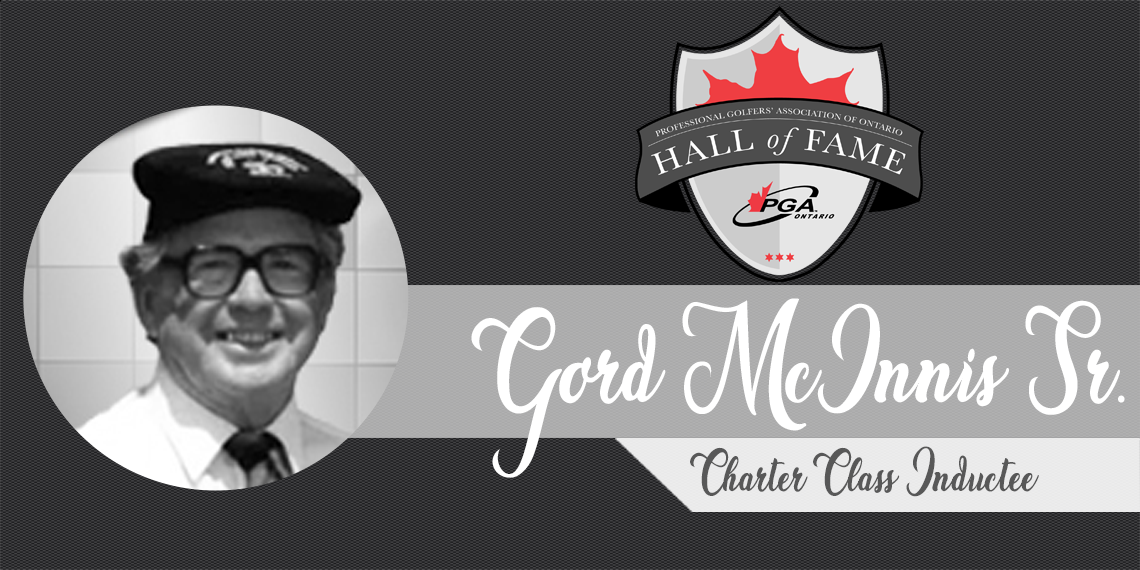 Joined the Professional staff at the Lookout Point Country Club in Fonthill in 1938; after serving in the RCAF from 1940-45 he was appointed Head Professional, a position he held until 1993.

Reflecting on Mrs. Streit's and Mrs. Sherk's U.S. Amateur victories, Gordon conceded, "to have (my) picture taken with the two of them with the same trophy is one of the pride and joys that I have."