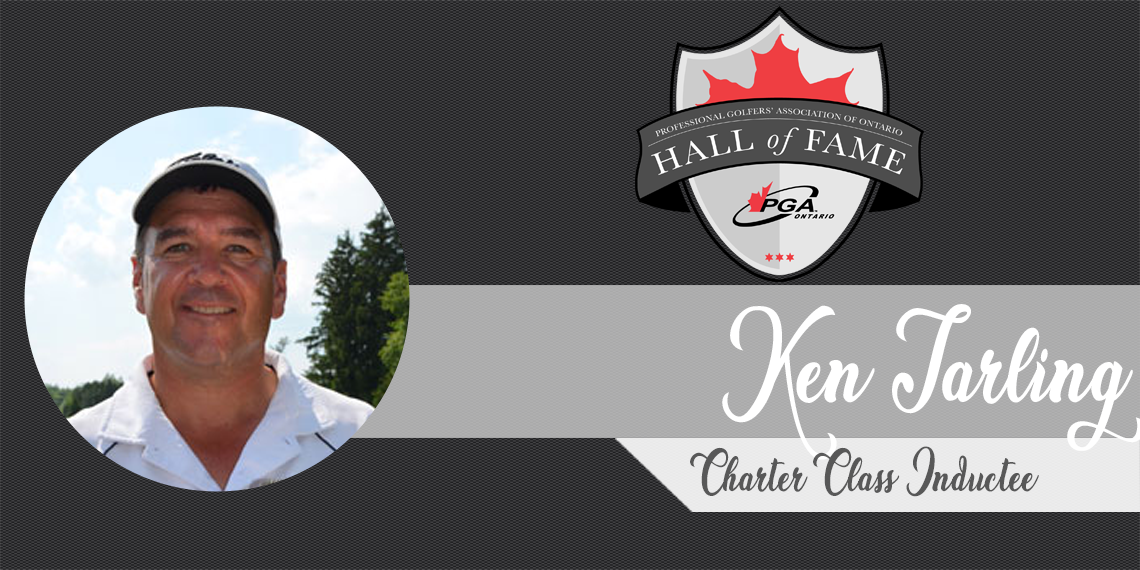 Entering the Hall in the Professional Golfer category is Sandford’s Ken Tarling. Born in Saskatoon, Tarling grew up in the Niagara Peninsula playing at the Twenty Valley G&CC and turned pro in 1982.

Additionally, Tarling won the 2011 Australian Legends Tour Order of Merit (one of only 2 Canadians to win a foreign tour money title).

Now at the age of 58, Tarling enters his sixth year as a member competing on the European Senior Tour with his top finish a T8 at the Swiss Senior Open in 2016. Tarling was instrumental in reviving the Canadian Tour in the early 1980’s and served as the President of the Canadian Tour for three years.

He is also a past board member of the PGA of Canada and taught at Humber College in the Professional Golf Management Program. In 2012, he received an Honorary Life Membership from the Canadian Tour.