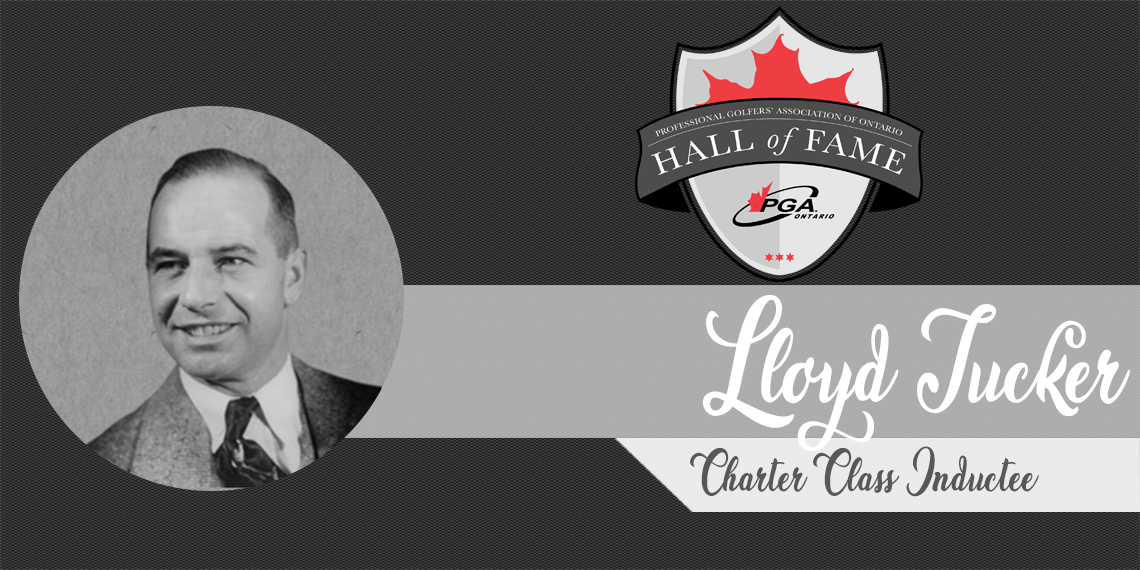 Lloyd Tucker was born in Kitchener on March 4, 1912. He became a golf caddy at the age of eight. At fourteen he was the golf pro at Seagram's French River Golf Course. He later became the professional at the Grand River Golf Club and in 1938, at Rockway Golf Club. Twice he was runner-up for the Miller Trophy match play for professionals only. This was a much sought-after title in the 1940s and 1950s. In 1951, the CPGA selected a team to play against the U.S. Ryder Cup team for the Hopkins Trophy. Based on the results of his performance in the Canadian Open that year, he qualified for the team finishing second.

Tucker is known as one of the best teaching professionals in Canada, having developed Gerry Kesselring, Gary Cowan and Moe Norman, all of whom won provincial, Canadian or International titles. In his seventies he continued as a teacher for the Ontario Golf Association junior golf program. Lloyd passed away in 2000.