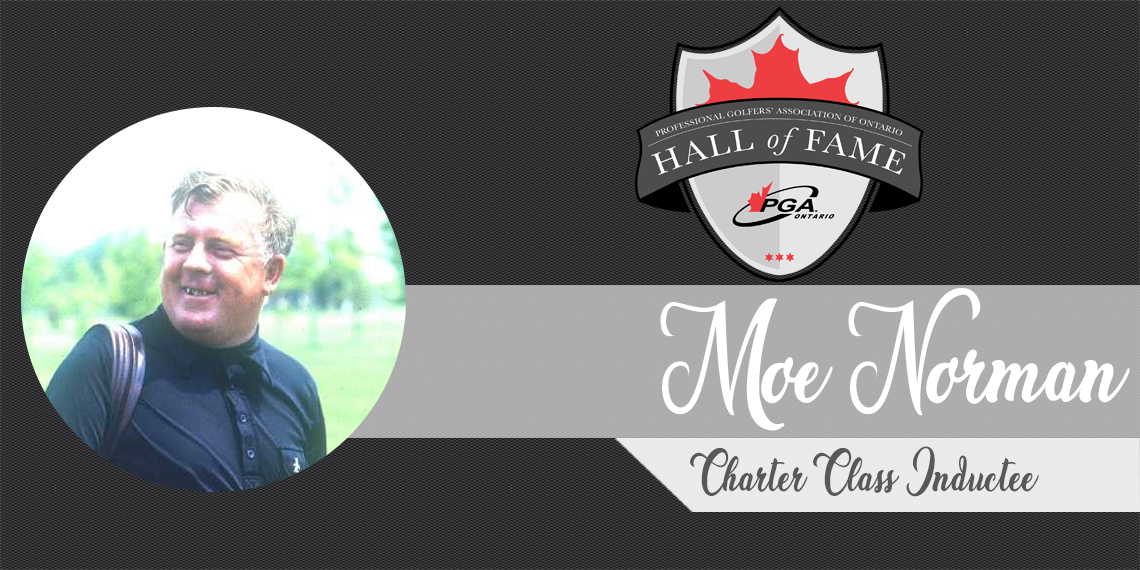 Born in Kitchener, Ontario, Canada, in 1929, Norman developed his golf from childhood at the Rockway municipal course in that city, starting as a caddie in his pre-teen years. He refined his skills competing against talented area players such as Gary Cowan and Gerry Kesselring. Norman spent most of his playing career in poverty. He spent many winter setting pins in a bowling alley for a few cents a line.

Norman's first win was in 1949, when he won a one-day amateur event at the St. Thomas Golf and Country Club.

Norman won back-to-back Canadian Amateur Championships in 1955 and 1956. He turned professional in 1957 and played briefly on the PGA Tour, but due to shyness, bullying he encountered from certain pros, and a preference to stay in Canada, he stayed primarily in Ontario rather than travel extensively outside Canada. In the 80s, Norman also played several events on the Senior PGA Tour.

Late in his life, Norman found better financial security when Natural Golf, an instruction company, and Titleist, a major golf manufacturer, signed him to a lifetime contract after he allegedly told a reporter, "Titleist never did nothing for me." Moe would often perform golf exhibitions across Canada – Wally Uihlein, president of Titleist considered Moe's lifetime contract a "Reverse Scholarship".

Norman died in 2004 in a Kitchener hospital from congestive heart failure, having suffered from the condition since heart bypass surgery six years earlier. He also had a heart attack two years before his death.