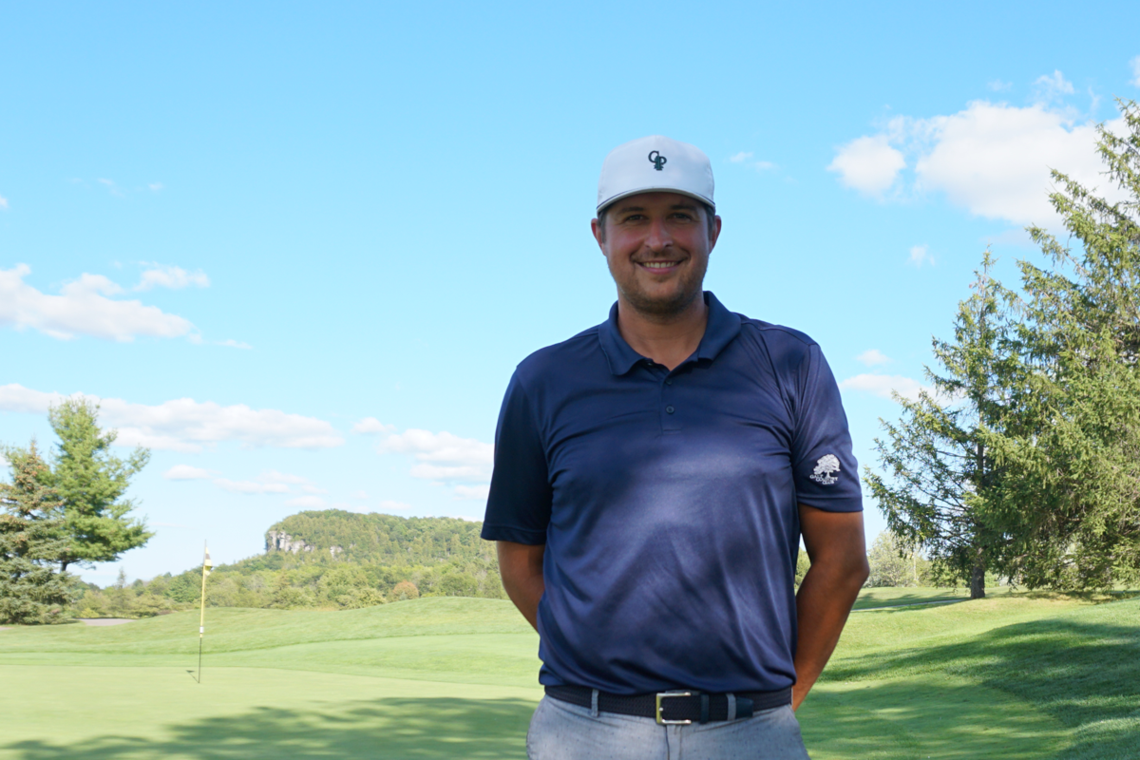 Ciesielski wins his first PGA of Ontario Championship, beats Defending Champion in a Playoff for the Apprentice Professional Title

It couldn’t have been a sweeter victory for Victor Ciesielski this week. Not only does he claim his first-ever PGA of Ontario winning title, but beats defending champion Nicholas Ross in a play-off to be crowned the 2019 Apprentice Professional (CFM) Champion. Thirty-two players competed in Burlington at the stunning Lowville Golf Club, all vying for the win and none of them very far from one another on the leaderboard. Victor and Nic posted the score to beat at 3-under, 68, two ahead of Rok Hun Cho who finished third.
Vic recalls his round by sharing “I started off very well, making 5 birdies on the front nine which was nice – especially with the flag locations being so difficult. The wind started to pick on the back nine so it was a little more about survival coming in. I bogeyed 17 and that hurt, then had to make a good par on a difficult hole to force the playoff.”

Vic says he knew that [Nic] Ross finished at 68, meaning it all came down to the 18th hole to keep him alive. The 18th is a tough hole with water down the left and trees down the right, so he played it safe and made sure he could finish with a strong par on the hole.
“My game plan was to hit fairways and greens. I’ve been struggling a little with my swing but the short game has been saving me, so I was focused on keeping it out of trouble. I’ve been having some commitment issues off the tee… shocker” he says with a laugh.

“The course was set up to be difficult, and the wind was up which we haven’t really had to deal with all summer. The par 5’s are pretty short at Lowville so those are an absolute must. The conditions were playing pretty firm so it was a challenge gauging the bounces in the fairway and on the greens” Vic says. But nothing was about to slow him down, and he didn’t do so bad for his first time seeing this course, despite it’s proximity to his home in Hespeler. He had his eyes on the prize and he knew exactly who he had to beat. Vic has had a few really strong tournaments this year, consistently finishing near the top of the field and just a hair away from that lead position.

“There were lots of good players in the field and it’s a lot of fun competing in these events. Anyone can have a great day and get the W” says Vic. Not only that, but he also encountered a first-time experience yesterday. “I played a competing round with someone I’m currently coaching. It was a cool experience watching from a coach’s perspective and also playing against him in a competitive format.”
Victor's success at the Apprentice Professional Championship secures his spot at the top of the CFM Player of the Year Standings

Special thanks go to Triple Bogey, as always, for providing refreshments after the round for all players. And to Mike Kelly, Executive Director of Golf Ontario and PGA of Ontario Board Member, for starting our professionals and wishing them well. Thank you for showing your supporting – it was a pleasure to have you join us!