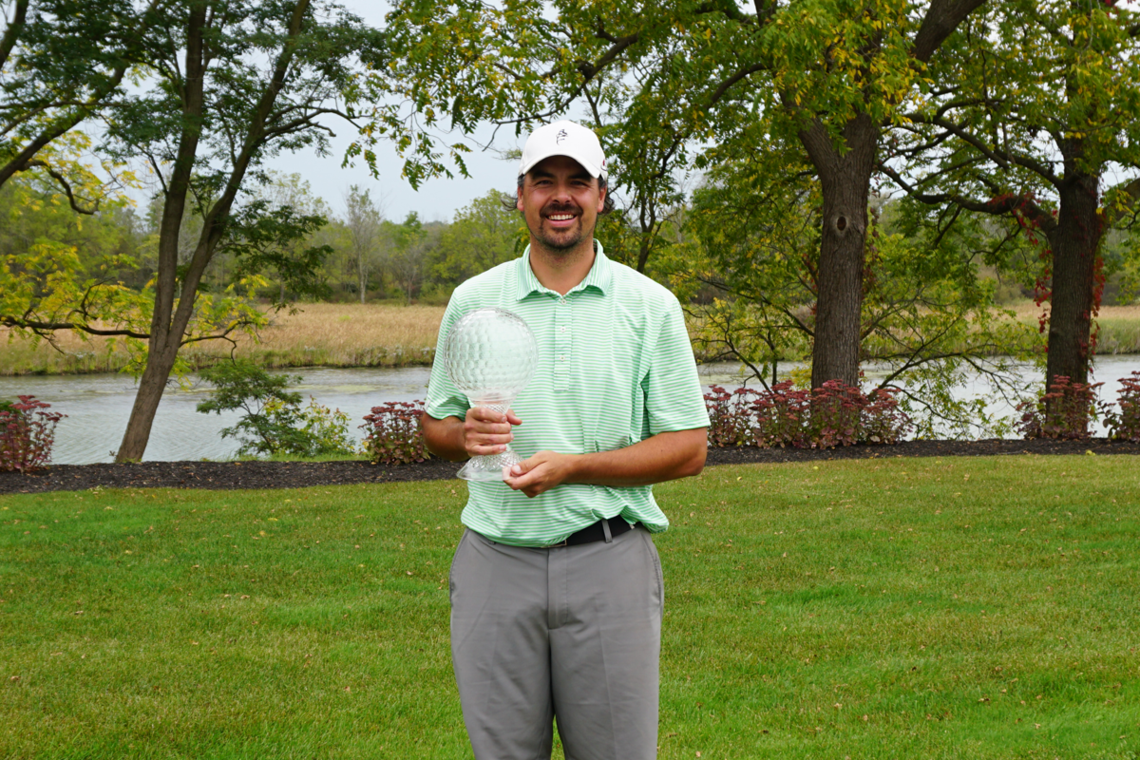 The Ontario Zone's 2019 Tournament Season is nearing it's end as our pros competed in the annual Player of the Year Championship at Grand Niagara Golf Club this week. This two-day championship is the final event in the Chase for the Breenie Cup, a season-long Player of the Year point's race.

Round 1 saw Bill Walsh leading the field at 66 6-under, making seven birdies on the day and only one bogey. Trailing by one shot was Ron Kenesky at 67 5-under, and T3 was shared between G.W. King and recently crowned Match Play Champion Victor Ciesielski at 68 4-under.

Slowly but surely, G.W. kept climbing to the top in the second round. He posted six birdies and one bogey; Consistency seemed to be the name of the game in this Championship. It's how Walsh took the lead in Round 1, and it's the reason King could keep pushing hard against the field. The winds were high and it was tough to make shots that wouldn't otherwise be difficult. Players were clubbing up by two and still not making the distances they were expecting.

When asked about his play this week, King shared, "I had very little expectations going into the event because I haven't really played that well most of the year. The best part of that struggle was it allowed me to play golf the best way I know how. Thankfully my game fit the course at Grand Niagara well. I hit the ball well both days and made a lot of great putts which I haven't been doing this year."

King recalls his second-round performance, "Getting to play in the final group is something I have only done a couple times. It was really helpful to know where I stood with the two guys ahead of me. I knew if I could make up some shots early in the last round, I'd be in a good position to have a chance to win."

At the scoring table, player after player said how trying the course was and how the windy conditions augmented the challenge. King agrees, "Because of the tough conditions, by the back nine I knew my score probably had me in the lead. I didn't know for sure what the guys in front were doing so I had to just keep playing each hole well and not become too conservative."

This is G.W. King's first PGA of Ontario win of the 2019 season and he was happy to share the success with his family.

"It feels great to end the year with a win against some of the best players in our Association. It was even more special to have my family there to share it with. I am an extremely lucky man and am so grateful to have Meg in my life. She is my best friend, my coach, and someone I can always rely on for love and support. She is the reason I am the man I am today."

The Senior Division of the POY Championship was won by Danny King at 72-Even on Monday, who finished T5 overall, nine strokes behind the leader G.W. King.

The PGA of Ontario would like to thank 5-Hour Energy Drink and Stewart Ingles for their sponsorship of the Player of the Year Championship.

"I consider many PGA professionals to be friends of mine so when this opportunity to support the PGA of Ontario came about I was more than willing to support the Association and the many great relationships that I've fostered within it.", says Ingles.

For full scores and results from the 2019 Player of the Year Championship, please CLICK HERE