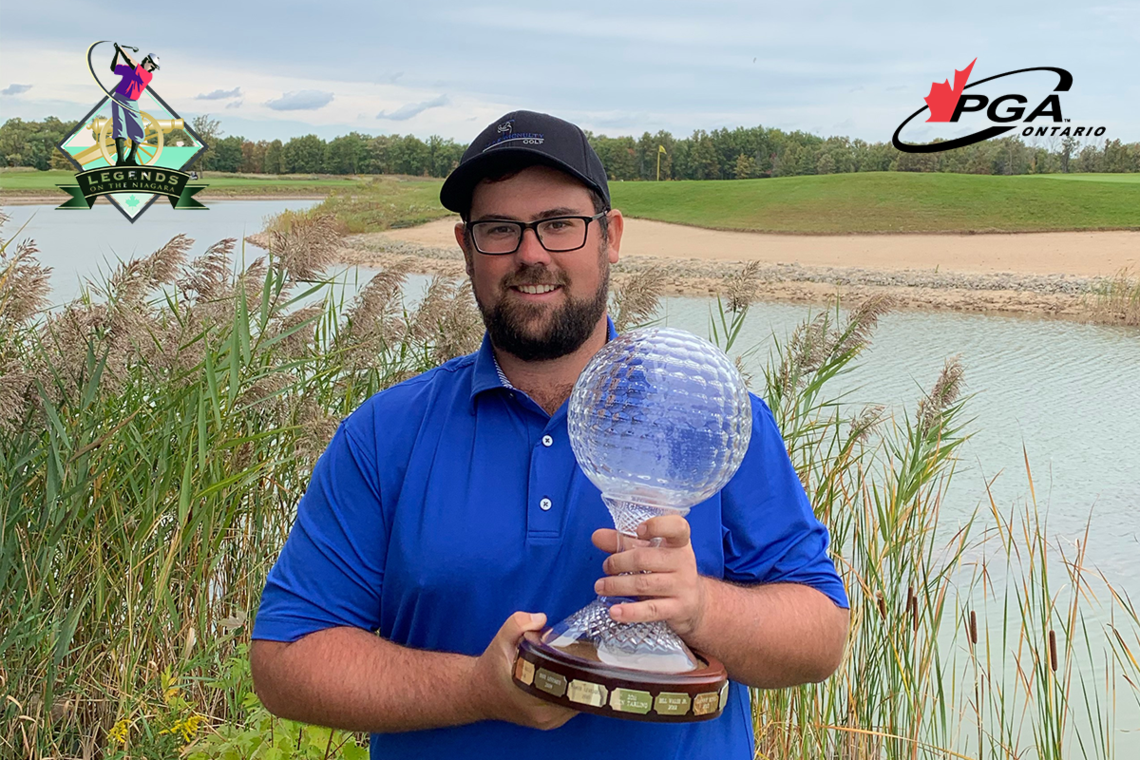 McNulty hangs on, wins Player of the Year Championship

The PGA of Ontario was at Legends on the Niagara Golf Course this week for the 2020 Player of the Year Championship.

Jake McNulty (Oshawa Golf and Curling Club) came ready to play on Monday - finishing round one as the leader at 70, 2-Under. With Nicholas Ross (Oak Gables Golf and & Learning Centre) right behind him at 1-Under, McNulty couldn’t afford to give up any ground.

On Tuesday, McNulty remained consistent with his sharp play, including a tough bunker shot on 18 to potentially save par with a manageable putt - and effectively, his round. McNulty finished at 70 again in round 2, for a 4-Under finish overall to become the 2020 Player of the Year Champion. Making par on 18 was crucial for McNulty, as David Sheman (Emerald Hills Golf Club) was climbing the leaderboard, finishing the tournament at 3-Under.

When asked about the bunker shot on 18, McNulty was open about what he was thinking - saying “I had to get it over the water, and there was also water on the right - so I hit a good shot, and then I found it in the hazard. It was a whirlwind, from feeling great to ‘oh no, you’ve got to make something happen here’, and to win tournaments you have to make those shots.”

McNulty, like many playing in the tournament, went in blind - having never played either courses at Legends on the Niagara. “I had to pick smart shots off the tee, and commit to it. That’s actually the hardest part, committing to a shot on a course you’ve never played before.”

With round one taking place on the Ussher’s Creek course and round two on the Battlefield Course, this event was particularly tough - two blind days in a row. However, the courses did leave a great first impression on McNulty.

“I really liked both courses. We played Battlefield really long, and I think I prefer it. That one is a really good golf course. Both were great though, you have to hit smart and solid shots to be rewarded on each one.”

Congratulations Jake on your victory, and thank you to Legends on the Niagara for hosting the event.

The next PGA of Ontario event is the Match Play Championship, taking place at Beacon Hall Golf Club on October 8th. The semi-finals match-ups are listed below:

For full results from the Player of the Year Championship, click HERE.