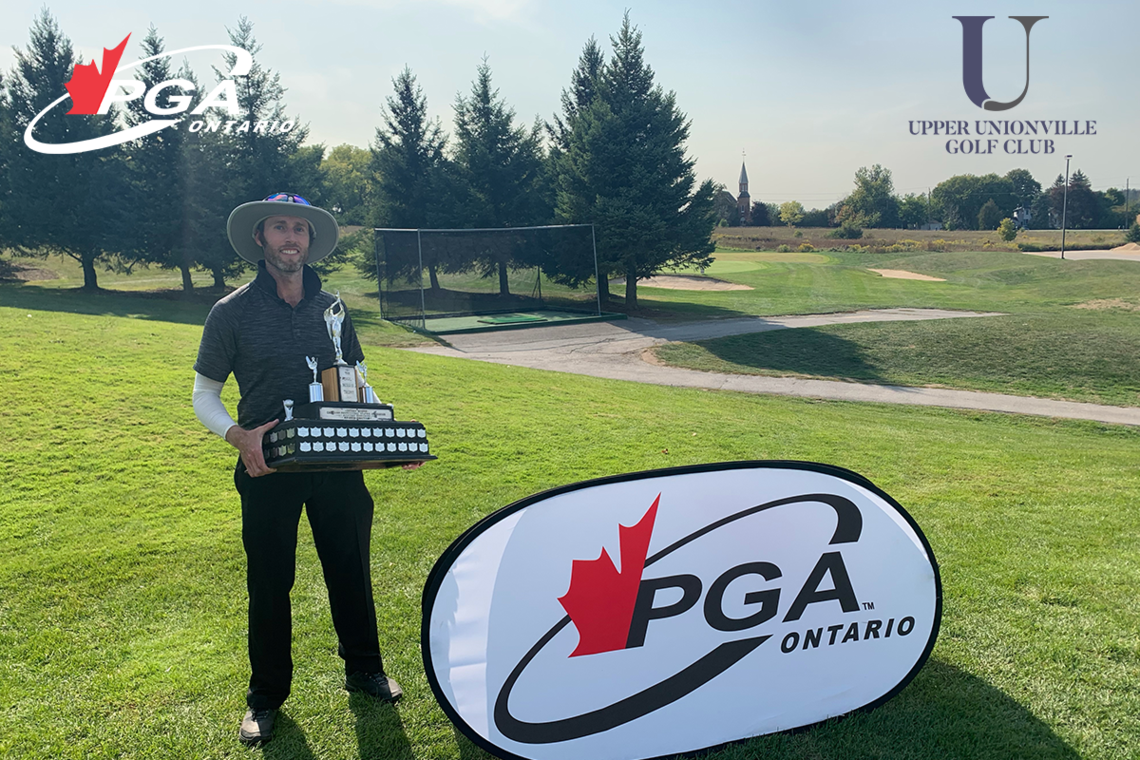 It’s been quite the September for David Sheman of Emerald Hills Golf Club to say the least. After winning the 2020 Fall Classic Championship earlier this month, Sheman added to his trophy collection this week at the Assistants’ Championship.

This year’s championship was held at Upper Unionville Golf Club, and Sheman went to work over the two-day tournament - posting a score of 2-Under (69) in round one, and 6-Under (65) in round two for a 134 total score.

"It feels nice to win, but I just enjoy being in good competition. Having that chance to win, and being in contention is what keeps you coming back. That’s what drives me in these events” Sheman said when asked about his victory. The quality of play at PGA of Ontario events this season has left him impressed, and optimistic for the future.

The highlight of Sheman’s tournament came in round two, where he made eagle on holes 1 & 18. “I’ve never opened and closed with eagles. I saw Bill Walsh did that yesterday, so I thought that I might have a chance if I went for it.”

Sheman knew he had to be more aggressive in round two if he wanted to climb that leaderboard. Going for eagles is just one way of doing that. “I really wanted to get off to a hot start. I needed to close the gap quickly as possible - I was a bit tentative yesterday with the greens, but I learned to attack them in different ways after getting more comfortable out there”

After a clinical performance at Upper Unionville, Sheman was quick to mention his affection for the course.” I think this course is awesome. I love how there's so many doglegs, the greens are super pure and the layout is perfect. You can’t ask for any more than that.”  This victory at Upper Unionville brings Sheman to the top of the Apprentice of the Year standings.

Congratulations David, and thank you to Upper Unionville Golf Club for hosting the Assistants’ Championship this year. The next PGA of Ontario event is the Player of The Year Championship being held at Legends on the Niagara Golf Course, taking place September 28th-29th.

For final results from the Assistants' Championship, click HERE.

For Player of the Year registration, click HERE.  The deadline for registration is Wednesday, September 23rd at 11:59 PM.