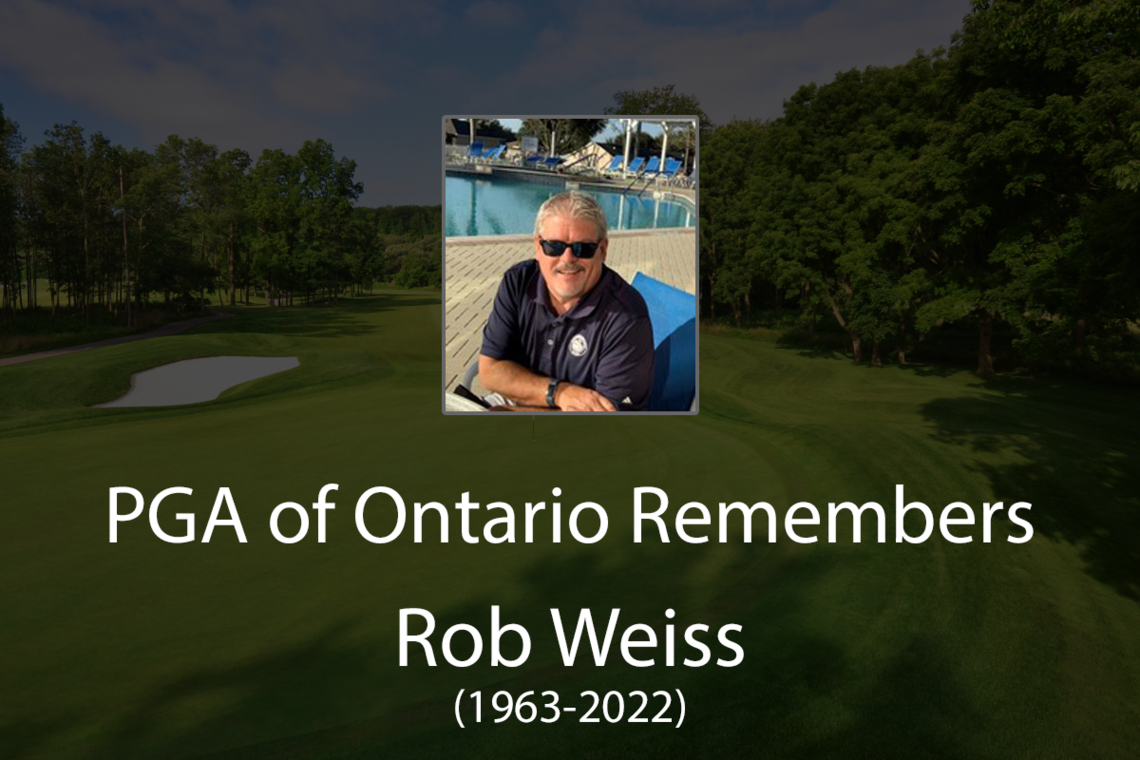 We are saddened to hear of the passing of PGA of Ontario, Class "A" Professional - Mr. Rob Weiss.

Robert Weiss was born December 10th, 1963, as the only child of Arnold and the late Vera Weiss. He passed away suddenly at home on September 8th, 2022. He is survived and dearly missed by his best friend and father Arnold, the love of his life Julie Branget, and stepson Dylan (Kali).

Following in his father’s footsteps, Rob became a professional golfer. Rob spent 37 years at Blue Mountain Golf and Country Club, becoming friends with countless members. Having the skill of his father and the competitiveness of his mother, Rob became an accomplished junior golfer. However, teaching and interacting with people was where he shined.

Rob had a personality that lit up any room. Everyone loved his sense of humour and quick wit. He had so many friends, some of whom became like family. Not only a great friend but also an amazing son. Rob retired a year and a half ago to spend more time with his father, here in Collingwood and at their home in Florida. It did not matter where he was, that smile appeared easily and often.

There is nothing quite like a bond with your father, but when Julie’s name was mentioned, Rob’s eyes lit up. He loved Julie immensely.

As per Rob’s wishes, there will be a quiet family gathering followed by a celebration of life at the Royal Canadian Legion - Collingwood (490 Ontario Street, Collingwood, ON) on Thursday, September 22nd from 3:00 pm to 6:00 pm. Rob did not like the spotlight so the celebration will be a “come and go” with no formal speeches.

In lieu of flowers; donations to the Heart and Stroke Foundation or to a charity of your preference would be appreciated.